The public relations officer, Delta State Police Command, DSP Bright Edafe, who made this disclosure in a statement on Thursday, said the suspects were arrested on their way to the planned murder. 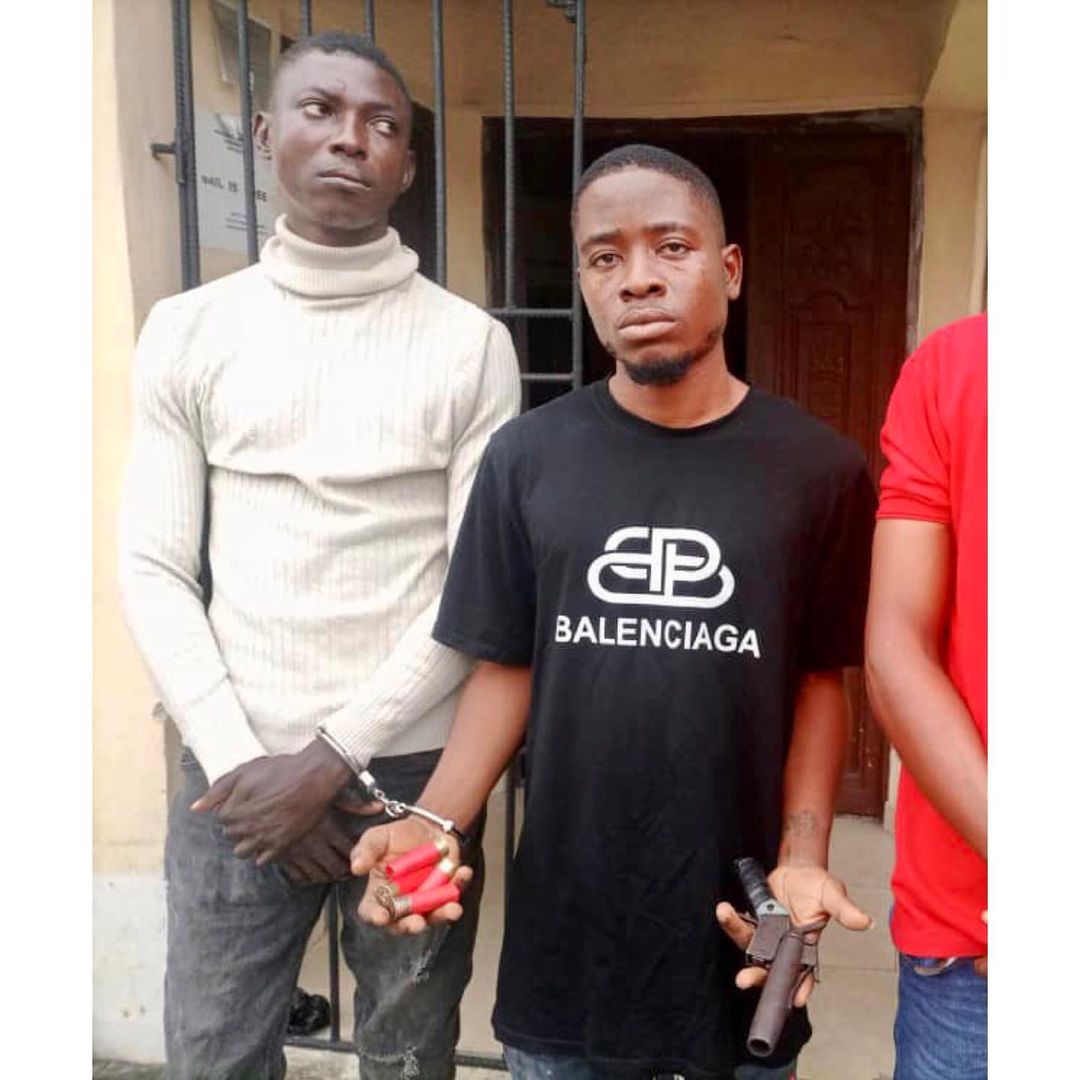 Edafe further revealed that a single cut-to-size gun was recovered from the brothers, identified as Uche Owoh and Ediri Ogedengbe.

“These suspects on handcuff, Uche Owoh and Ediri Ogedengbe were on their way to Pessu in warri for a planned murder of one boy who beat up their sister. Our men intercepted them and recovered one cut-to-size gun. Thankfully, the boy they planned to murder has escaped death.” Edafe wrote on Twitter. 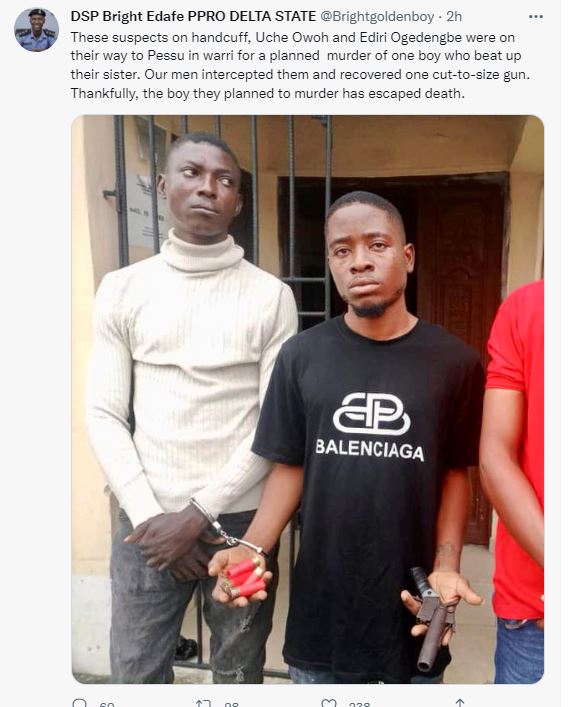 In other news, operatives of the Edo State Police Command have uncovered a ritualist den with 20 mummified corpses in Benin City, the Edo State capital.

The command’s spokesperson, ASP Jennifer Iwegbu, in a statement on Wednesday, August 17, said the suspected ritualist den was uncovered along Asoro slope, off Ekenhuan road, in Uzebu quarters.

According to Iwegbu, operatives of the command stormed the scene following credible intelligence received. Three suspects were arrested while others fled.