Popular Nigerian singer, Damini Ogulu better known as Burna Boy, has bragged about performing in almost all the countries in the world.

Taking to Twitter on Tuesday evening, the Grammy award winning singer, who has held concerts and shows in different continents, disclosed that he has forthcoming shows in Asia, Australia and South America and after he has done those shows, he would have performed in every country in the world.

“My Documentary is deep sha. Watching some old videos and realised I’ve been Touring since 2013 and by 2015 I had already performed in almost all 36 states of Nigeria with Glo and Star, by 2018 I had performed in almost every African country already.

“And by 2022 I’ve performed in almost every country in the world. Once I do The Asia, Australia and southAmerican tour. I will truly have done it all.” 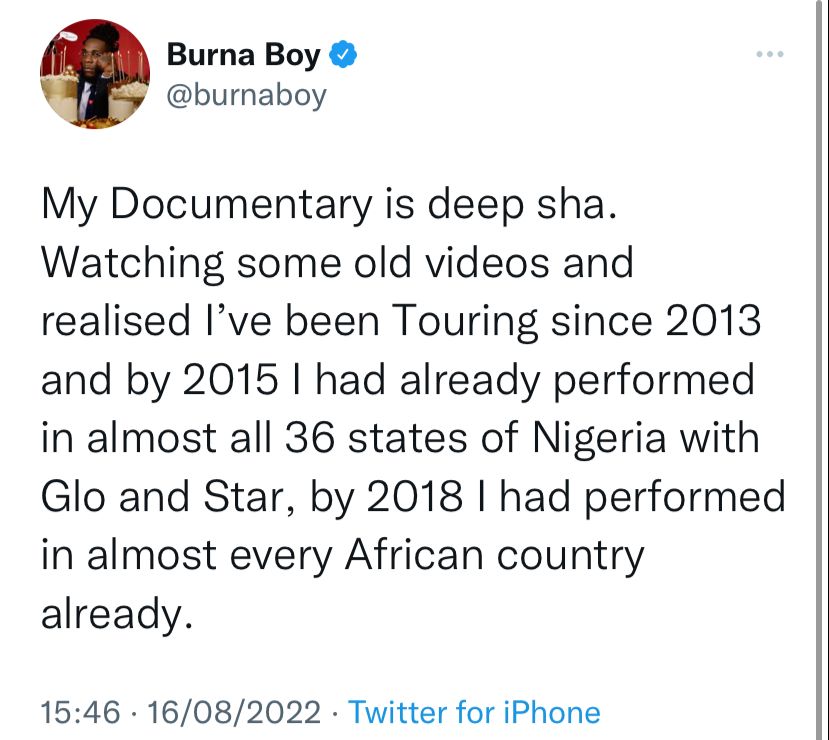 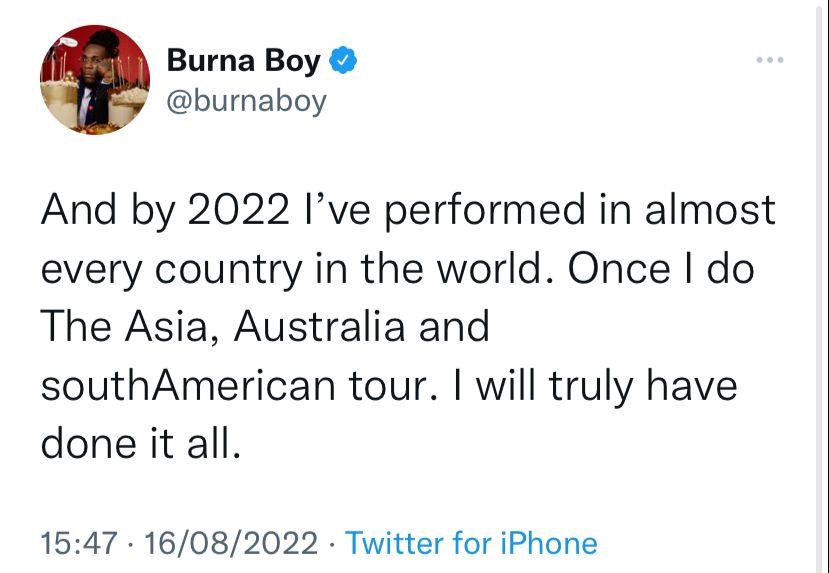 In other news, a lady’s night was definitely made after she was noticed from the crowd and acknowledged by Nigerian superstar singer, Burna Boy, during a concert.

A video making the rounds online captures an overzealous female fan screaming at the top of her lungs as her favorite performs on stage at his concert in the United States.

Luckily, she got the singer’s attention with her screams. He looked in her direction and blew her a kiss from the stage amid his performance to acknowledge her.

Elated by the gesture, she screamed even louder in excitement. Watch the video