Nollywood actress, Mary Remmy Njoku has taken to her social media page to address women who praise their husbands for ‘helping’ with the kids.

The mother of three pointed out that there are some women who laud their husbands for taking care of the kids and doing menial tasks in the home.

Mary who recently renewed her vow with her husband in the Maldives for their 10th wedding anniversary, also recounted how a family friend was praised by his wife for simply clearing his plate after eating. 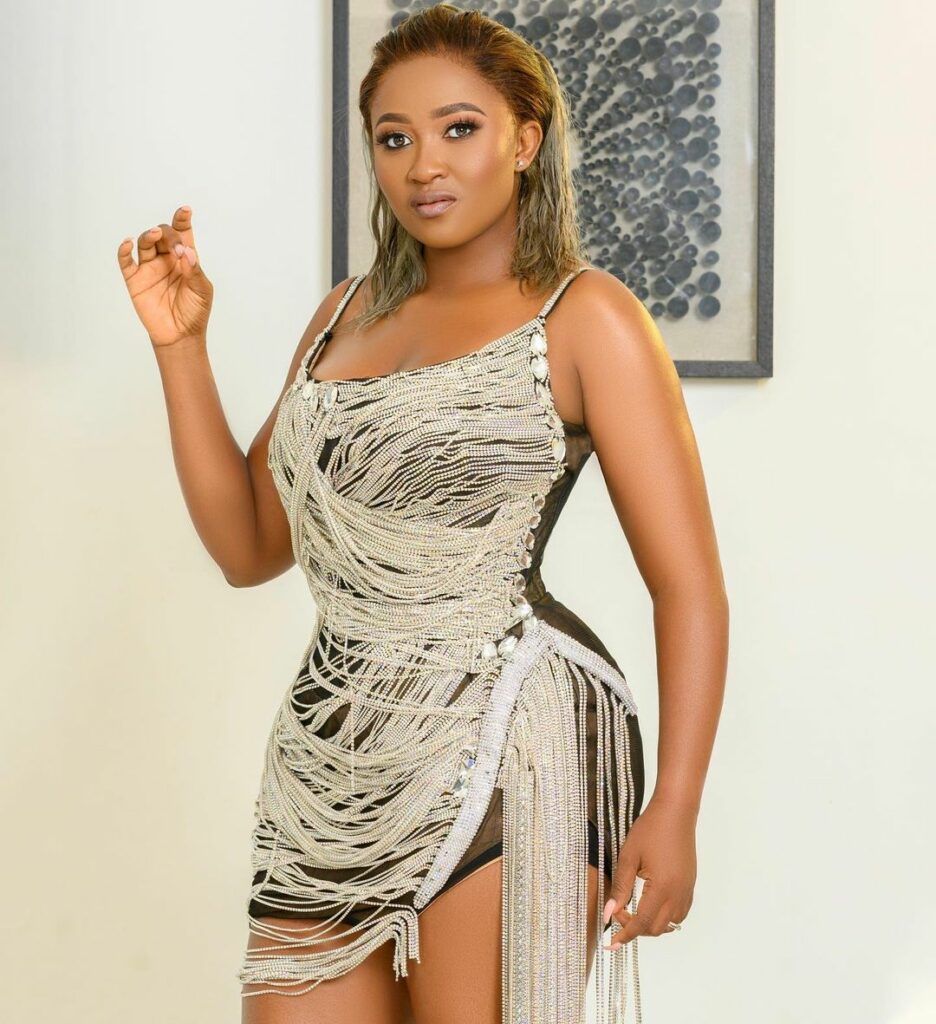 Reacting to this trend, Mary told such women that their husbands are not doing them any favour because they are his children too. She asserted that such men should be praised for being a great dad, not ‘helping’ with the kids.

The 37-year-old actress added that women are the cause of their problems because they glorify things that should be the norm.

“OMG! My husband is so humble! He helps me with the kids homework! He even helped me feed junior yesterday!

Dear friend, you husband isn’t helping you with the kids. They are HIS kids too. He’s just being a great dad. Appreciate him for that.

A family friend cleared his plate after eating. And his wife was showering him with praises for helping HER. HIS own plate o

Na WE be the cause of OUR problems.”! 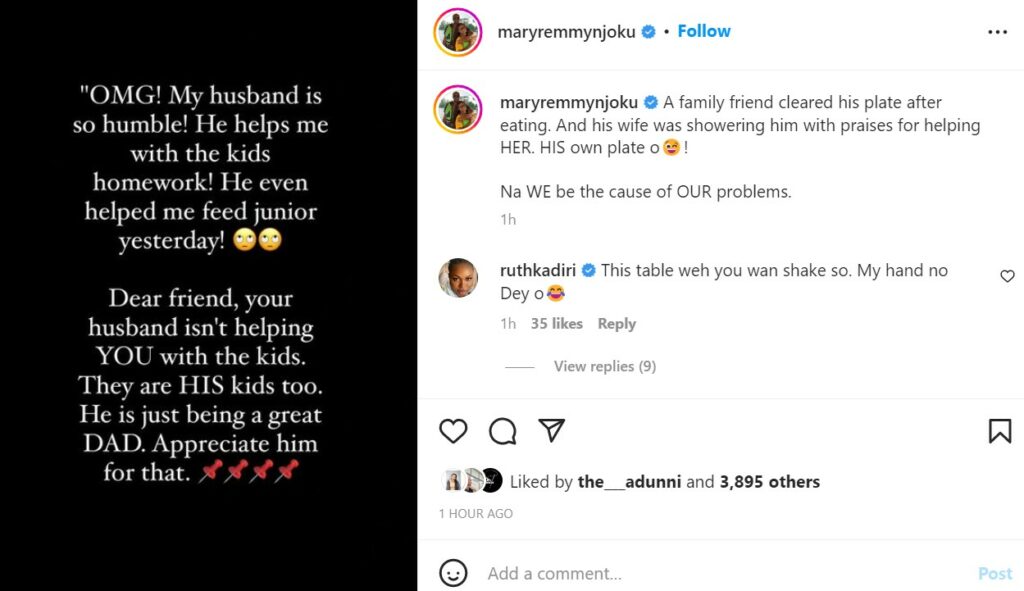