A woman has sparked mixed reactions online after she filmed a video of herself shortly after surviving a fatal accident and posted it on TikTok.

The woman was involved in an accident and was bleeding from her head, while a truck was lying on its side as a result of the accident, and another victim was sitting on the floor. 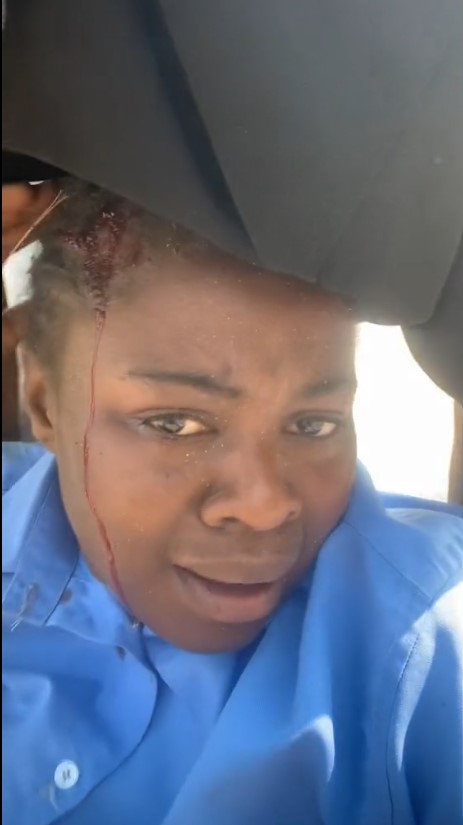 While she was being rescued by some persons, the lady identified simply as Confidence, brought out her phone and made a video of herself crying and wailing, and shared it on TikTok.

After receiving treatment, she also posted a video of herself in the hospital with bandages on her head, hand and knee.

The videos has stirred mixed reactions from users of the platform, who wondered why she was recording a video amid the chaos instead of focusing on staying alive..

While some sympathized with her and thanked God for saving her life, others criticized her for filming a video and accused her of chasing clout with the accident. 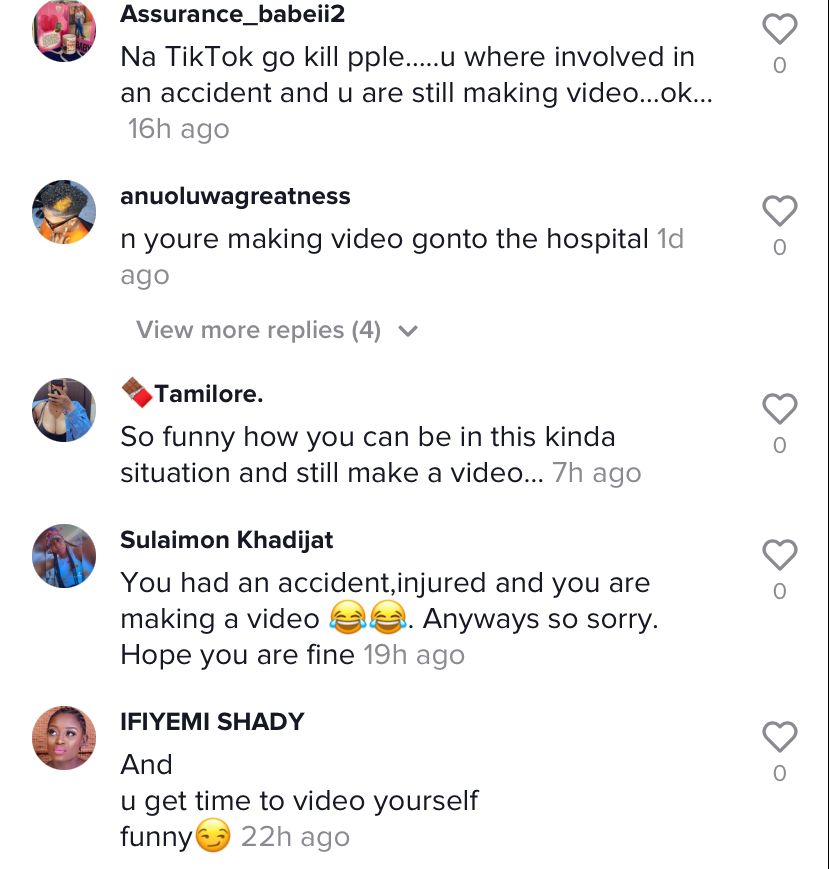 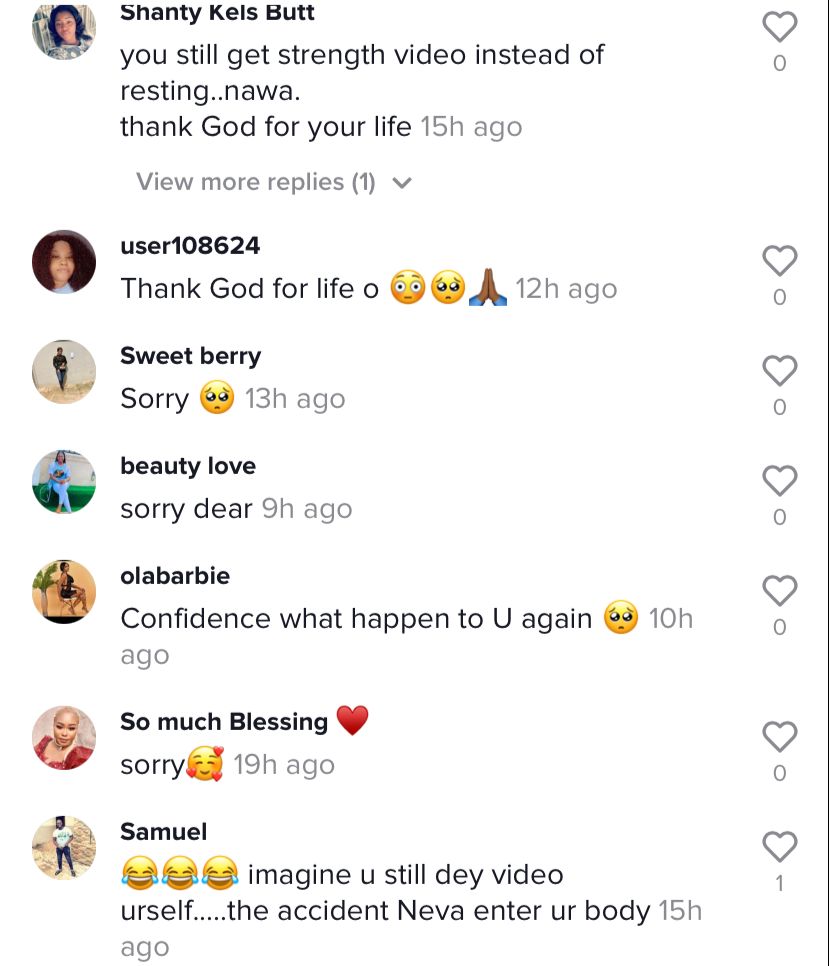 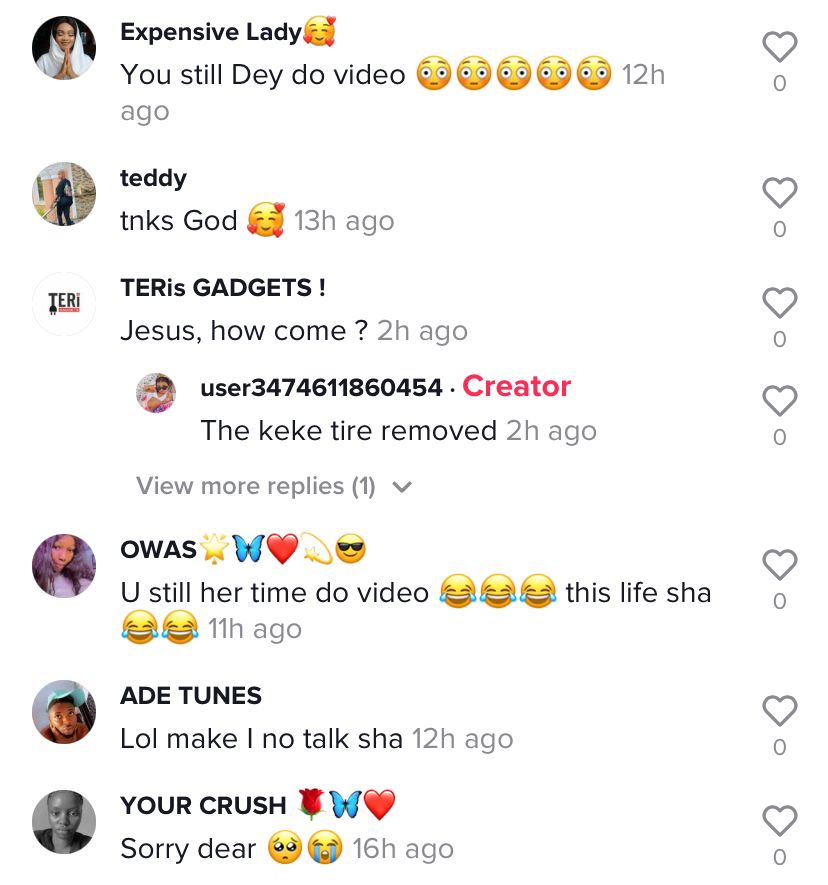 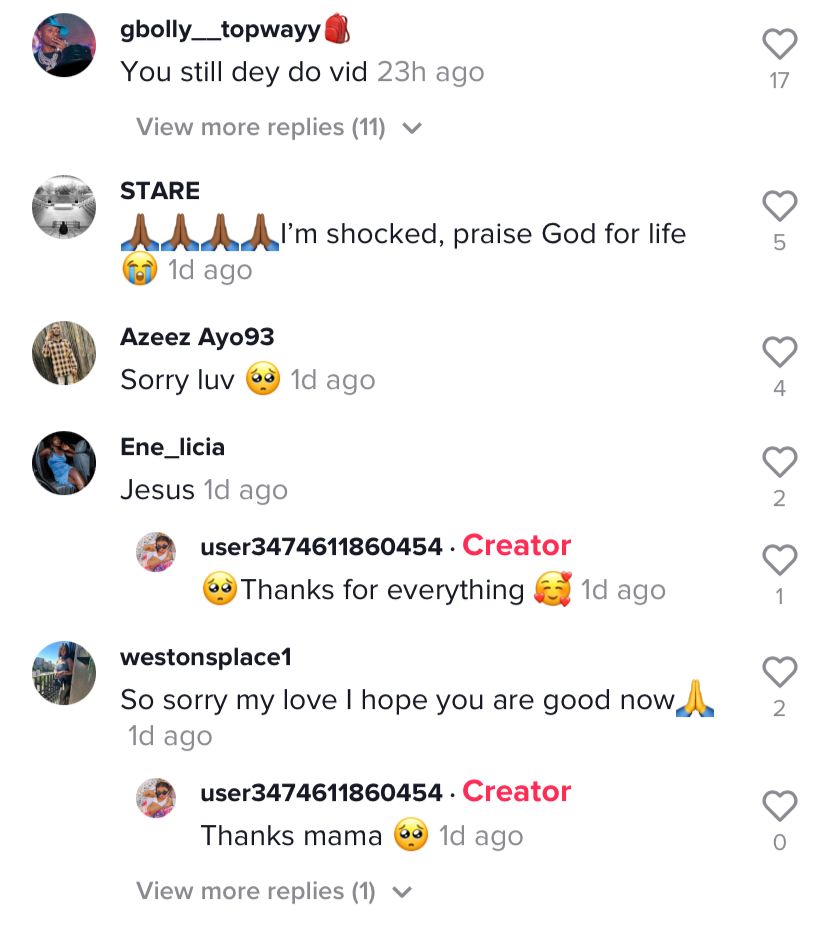 In a video making the rounds online, the young lady was seen snacking on what appeared to be roasted dead rats.

The woman could be seen happily munching the roasted rats one at a time while holding the stack of them that were on a skewer.

The video has stirred reactions on social media from users who have expressed disgust at the sight.

An Instagram user @mattetouch wrote, “People will do anything just to trend , sickness loading , no bed for general oh”.

@i_am_odogwu00, “Ahah Make we dey ask what are the things you eat on dates ooooo ahah#”.